The website is not compatible for the version of the browser you are using. Not all the functionality may be available. Please upgrade your browser to the latest version.

Through this two day lesson, students will learn the concepts of weight, mass, volume, and density, and be able to accurately measure them and understand the relationship between them. They will also be able to calculate a substance's density by taking two points on a graph and applying the rise/run equation.

Day one will include a pre-test to access prior knowledge on the concepts of weight, mass, volume and density. Direct instruction of their definitions along with practice measuring these four properties will be provided in the form of interactive centers.

The hook for day two will be a class demonstration. (You will need a balance, and 50 pennies divided into two separate piles: 25 pennies from the year 1981 and earlier and the other 25 newer than 1982.) The pennies will be measured by placing a penny from each pile on the balance until all the pennies have been placed on the balance; students will observe that as you add more pennies to each side, it becomes unbalanced. Discuss how it is possible to have two equal volumes of pennies be unbalanced using their knowledge of weight, mass, volume and density from the day before.

For the remainder of class, have them explore the relationship between mass, volume and density by measuring and graphing their two sets of pennies. By creating a double line graph of their volume and mass, they will discover that their densities (indicated by the slope in their graph) are different. And that by taking the points on their graph and applying the rise/run equation they can obtain the density of each group of pennies.

To provide enrichment for those that are ready to take it a step further, have them research and compare densities of commonly used metals to discover what their two groups of pennies were composed of and what change was made in 1982 to change the density of the pennies.

Resource ID#: 128846 Type: Lesson Plan
Rate It! Feedback?
WE APOLOGIZE BUT THIS RESOURCE IS NOT AVAILABLE TO YOU. PLEASE READ BELOW FOR MORE INFORMATION. 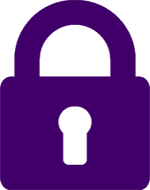 Not a Florida public school educator?

This vetted resource aligns to concepts or skills in these benchmarks.
Display options

Other vetted resources related to this resource.

Did you enter an incorrect email address?

Did not receive an email?

You have not completed your profile information. Please take a few moments to complete the section below so we can customize your CPALMS experience.

Please fill the following form and click "Submit" to send the feedback.


Submit
I don't want to rate this resource.
Close

You are leaving the CPALMS website and will no longer be covered by our Terms and Conditions.

Stay in touch with CPALMS

Stay in touch with CPALMS

This website is trying to open a CPALMS page using an iFrame, which is against our terms of use. Click the link below to view the resource on CPALMS.org.